Home / Our blog
Next

So high heels have always been for woman?

High heels for  generations have been signified as a symbol of feminity and glamour.Although high heels are now worn usually by girls and women, there are shoe designs worn by both genders that have elevated heels, including cowboy boots and Cuban heels. In previous ages, men also wore high heels, but for some reason they stopped and we just cannot find one reason why, since it would be so easier for the ladies. Imagine how fun it could be  going shoe-shopping with your significant other.

In the ninth century, Persian horseback warriors wore an extended heel made up for keeping feet from sliding out of stirrups. This also kept riders still when they needed to stand up and shoot arrows.

Elizabeth Semmelhack, curator for the Bata Shoe Museum, traces the high heel to male horse-riding warriors in the Middle East who used high heels for functionality, because they help hold the rider’s foot in stirrups. She states that the earliest high heel she has seen is depicted on a 9th-century AD ceramic bowl from Persia.

It is sometimes suggested that raised heels were a response to the problem of the rider’s foot slipping forward in stirrups while riding. The “rider’s heel”, approximately 1 1⁄2 inches (3.8 cm) high, appeared in Europe around 1600.The leading edge was canted forward to help grip the stirrup, and the trailing edge was canted forward to prevent the elongated heel from catching on underbrush or rock while backing up, such as in on-foot combat. These features are evident today in riding boots, notably cowboy boots. 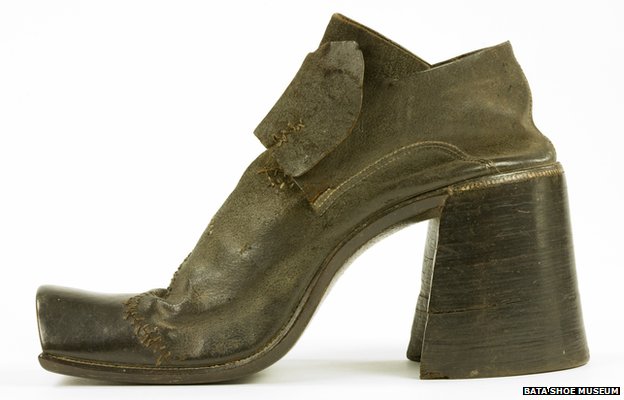 Early depictions of high heels could be seen on ancient Egyptian murals, dating back to 3500 BC. These murals would depict Egyptian nobilities wearing heels to set them apart from the lower class, who would normally go barefoot. Heeled shoes were worn by both men and women, and most commonly for ceremonial purposes. However, high heels also served a practical purpose for Egyptian butchers who wore them in order to walk over the bloodied bodies of animal carcasses. During Egyptian times, heels were leather pieces that were held together by lacing to form the symbol of “Ankh”, signifying life.

Platform sandals called “kothorni” or “buskins” were shoes with high wooden cork soles worn during ancient Greek and Roman era. They were particularly popular among the actors who would wear them to differentiate the social classes and importance of each character. In ancient Rome, where sex trade was legal, high heels were used to identify those within the trade to potential clients and high heels became associated with prostitution

Since the late 18th century, men’s shoes have featured lower heels than most women’s shoes. Some attribute it to Napoleon who disliked high heels; others to the general trend of minimizing non-functional items in men’s clothing. 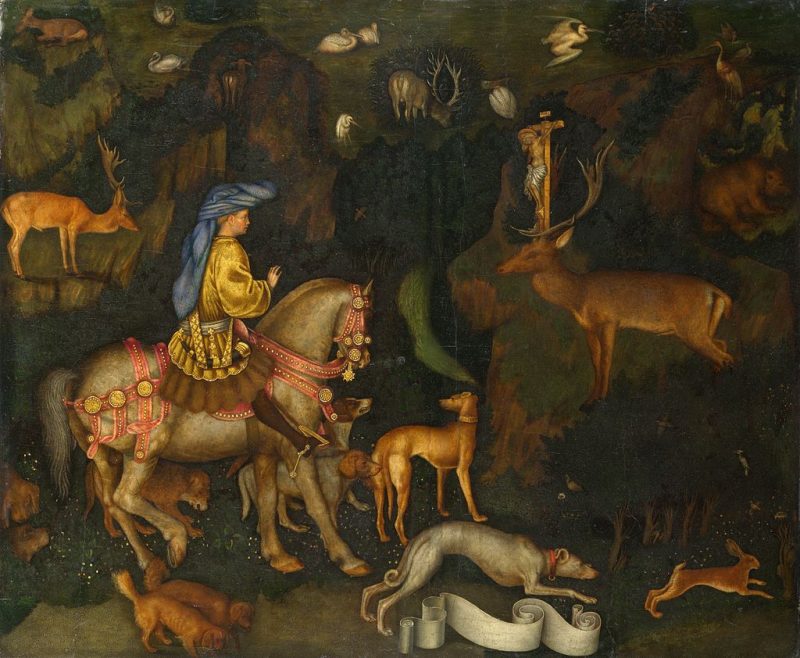 Cowboy boots remain a notable exception, and they continue to be made with a taller riding heel. The two-inch Cuban heel featured in many styles of men’s boot derives its heritage from certain Latino roots, most notably various forms of Spanish and Latin American dance, including Flamenco, as most recently evidenced by Joaquín Cortés. Cuban heels were first widely popularised, however, by

Cuban heels were first widely popularised, however, by Beatle boots, as worn by the English rock group The Beatles during their introduction to the United States. Some say this saw the re-introduction of higher-heeled footwear for men in the 1960s and 1970s (in Saturday Night Fever, John Travolta’s character wears a Cuban heel in the opening sequence). The singer Prince is known to wear high heels, as well as Elton John. Bands such as Mötley Crüe and Sigue Sigue Sputnik predominantly wore high heels during the 1980s.

Comments will be approved before showing up.

Sign up to our newsletter for the latest blogs and research papers.